There are three important years to bear in mind when you consider the SEPECAT Jaguar in RAF service. 1974 when it was delivered to 54(F) squadron, 2007 when it flew for the very last time and then there is 2016. On Wednesday 31st August RAF crews fired up the Rolls Royce Turbomeca Adour engines for the very last time.

Since their retirement from flying these jets have continued to support the RAF as ground instructional airframes to train aircraft maintenance mechanics and weapons aircraft handling technicians. 238 squadron forms part of No 1 School of Technical training at RAF Cosford, which is dedicated to providing world class aeronautical engineering training. 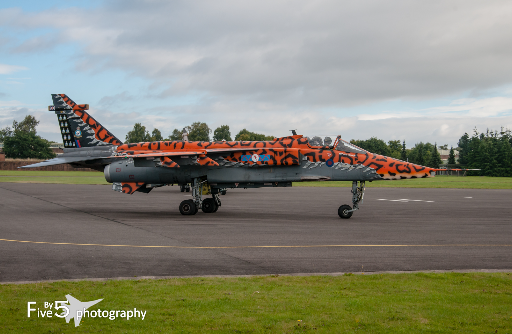 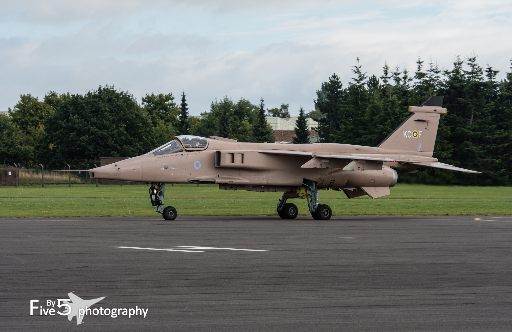 No longer required as live jets following the advent of simulators and other training methods, the Jaguar will continue to be used along with the other 60 odd airframes within the Engineering school for the foreseeable future.

This event was organised to celebrate and capture the final running of the aircraft. A short registration and health and safety briefing was held at the start before a reposition out on to the airfield to await the display.

Proceedings started with single seater GR.3a variants - XX119 and XX725 emerging from the hangars and taxiing out to the hard standing where they performed a series of figure of eight circuits. These two aircraft are adorned with perhaps the most colourful paint schemes ever applied to a Jaguar. XX119 most commonly known as the ‘Spotty Jaguar’ and carries all the Jaguar squadron insignia’s on its tail. XX725 wears its pink desert camo and pays homage to the Jaguar’s service during the first Gulf war. 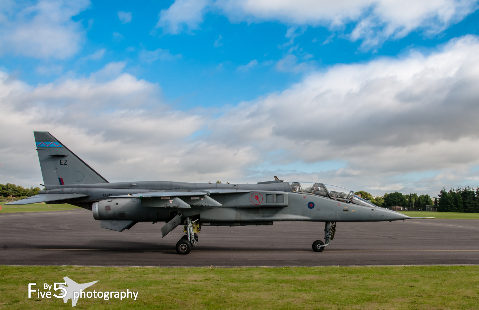 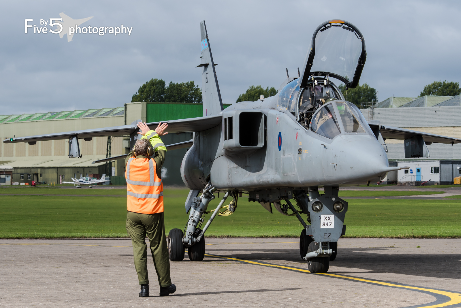 No sooner had these two aircraft moved to another hardstanding and shut down, when a further two Jaguars appeared and performed a similar patterned display. These two wore the standard RAF colour scheme and both XX835 and XX847 are the T.4 two seat trainer variant.

On completion of their display they joined the line and also shut down. Here all four jets lined up and were complemented by the presence on static display of GR3.a XX738 and XZ117. Both of these had various panels and the cockpits open to view.

With a short hiatus and all six jets lined up there was an opportunity to catch the crews in front of their aircraft.

A fitting finale followed with the pilots firing up the four active jets once again to perform a number of short taxi runs before transiting back to the hangars. RAF Cosford Fire Department used their water cannon to provide a guard of honour for the jets as the departed away from the viewing area. XX119 then returned to give one last opportunity to catch it coming forward through the water.

Officers and crew members of 238 squadron were on hand to answer questions and this was a well organised event in conjunction with RAF Cosford Museum. 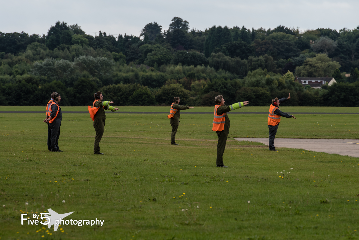 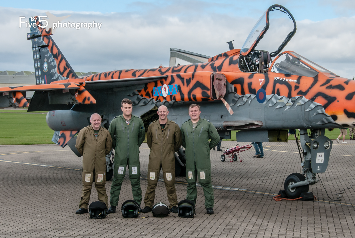 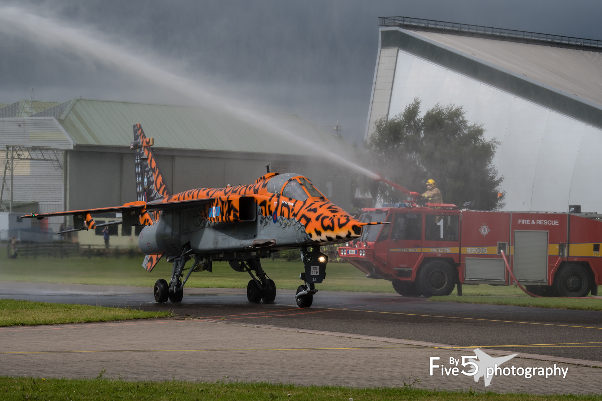 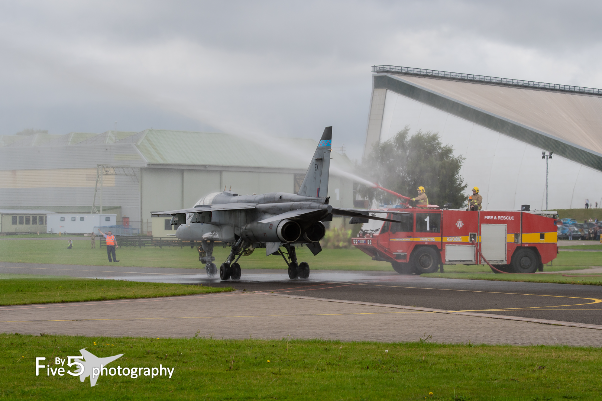