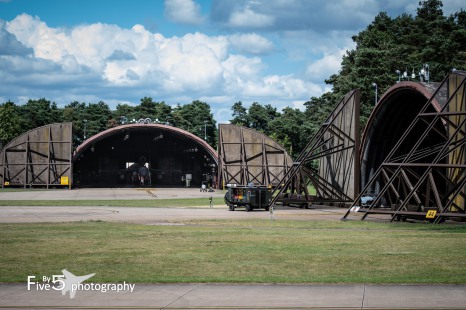 RAF Lakenheath is the home to the 48th Fighter Wing of the United States Air Force. A recent visit to one of the active squadrons provided a fascinating insight into life inside this sprawling base.

Greeted at the gate and with the strict security checks completed I was taken to my host squadron for the day - the 493rd Fighter Squadron.

The 493rd can trace its history back to November 1940 when it was created as the 56th Bombardment squadron, after a number of deactivations and reactivations over the following five decades it finally settled under its current guise in January 1994. What of the future?

There are plans in place to deactivate in the near future when it will be replaced by two squadrons of the USAF latest fifth generation fighter,the Lockheed Martin F35a. 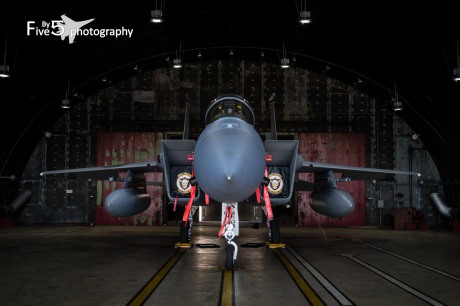 The highlight of the day is the opportunity to get up close to the workhorse and key component, the McDonnell Douglas F-15C/D. Now in its 42nd year of operational use this venerable airframe continues to provide an important element for the Air Force - air supremacy. It is a tactical fighter with its two Pratt & Whitney engines and sophisticated avionics enabling it to fly in all weathers.

Nicknamed the Grim Reapers, the squadron can boast in its prowess, after all they are 'Mig killers'. You may see a number of the aircraft adorned with green stars under the cockpit to denote the shooting down of enemy aircraft.

A potent threat with an automated weapons system that enables the pilot to fly in combat safely using a heads up display and weapon controls located on the throttles and control stick. Its air to air weapons  consist of AIM-9L/M Sidewinder or AIM-120 missiles and an internal 20mm Gatling gun. 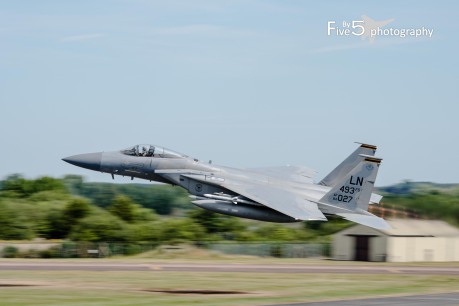 The 493rd form part of the 48th Fighter Wing under the control of the Third Air Force and they are immensely proud of their ability to deliver at the highest level. In 1997 they won the annual Hughes Trophy for best USAF air superiority squadron, an achievement they repeated again in 1999. This trophy is sponsored by the Raytheon Systems Corporation and it was clear from my visit that their name was added to the trophy for 2016, the fifth time in the last 10 years.

All that training and preparation has put them in good stead for active engagments on notable operations - Southern Watch (no-fly zone in Southern Iraq), Provide Comfort in Turkey, Allied Force in Bosnia, Enduring Freedom in Afghanistan and Iraqi Freedom in Iraq. At the time of my visit the squadron had just returned from a deployment to Finland and Sweden for Exercise Artic Challenge 2017. 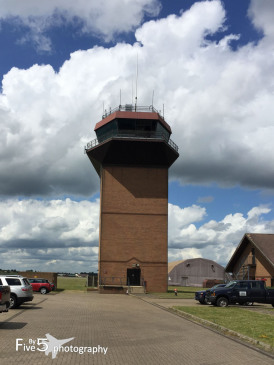 There was also an opportunity to see the coordination of the aircraft once they leave the ground and remain within the control of the airspace around the base. 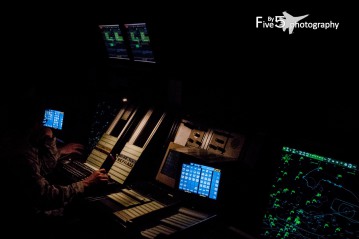 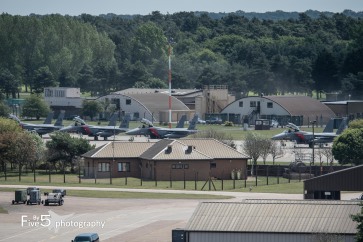 View from the control tower showing the line of F15's ready on the flight line. 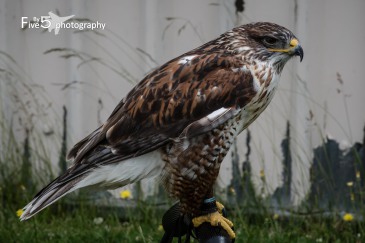 Bird control on the base is provided by civilian contractors. They use a wide variety of tools to minimise the risk of the local bird population hitting aircraft on take off/landings, birds of prey are one of those tools. Kestrels and Hawks are the bird of choice, of particular note they also have a native american Ferruginous Hawk. 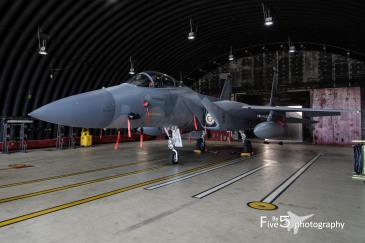 F15c 86-156 sitting waiting for the next flight. Interesting to note the aircraft devoid of its two Mig kill stars recorded back on the 23rd of March 1999 during Operation Allied Force with Capt Jeff Hwang shooting down a pair of Serbian MiG-29. 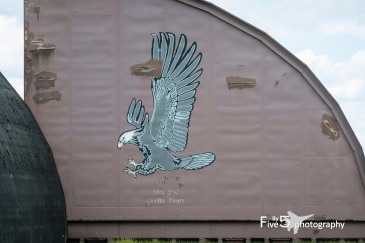 Examples of the artwork by some of the squadrons can be seen adorning the giant doors of the hardened aircraft shelters strategically dotted around the base. This example depicts the 48th FW Strike Eagle. 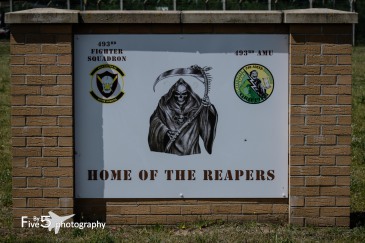 Welcome to the 493rd. Its motto is Mors Inimicis - Death to the enemy. 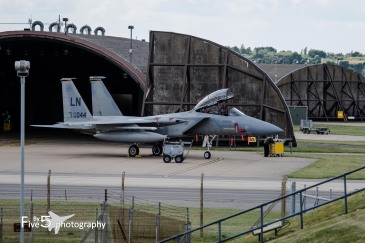 Many thanks to our hosts at the 493rd and the Public Affairs office at RAF Lakenheath.