Following in the footsteps of other RAF stations and from the successful photo call held at RAF Brize Norton back in June the team at 70 Sqn received authority to hold a similar event at night. There is definitely a place for such events given the numbers who attended and such events are not a new trend. The last photocalls at Brize go back to the 90's and 00's. With the event advertised on Twitter this was open to all subject to the normal security checks, evident by the number of people without tripod and using flash suggested interest from the wider community and not just the enthusiast elite.

The aircraft were all postioned on the 99Sqn pan and notably additional lighting gantries were provided to light the aircraft, the existing lighting infrastructure not designed to light aircraft for such an event. Stairs were also provided giving a number of elevated shooting options.

The event specifically set out to raise funds and awareness for the Jon Egging Trust - set up in honour of the RAF pilot sadly killed flying with the Red Arrows team. The Trust sets out to support young people in difficult circumstances, helping them to overcome their problems and help build their confidence through accredited learning programmes focused on aviation, engineering and science.

As well as being on display, the A400M, Hercules C130, Chipmunk and Skyan all performed engine runs.

Thanks to RAF Brize Norton and 70 Sqn and Flight Lieutenant Del Blair for hosting a great night. 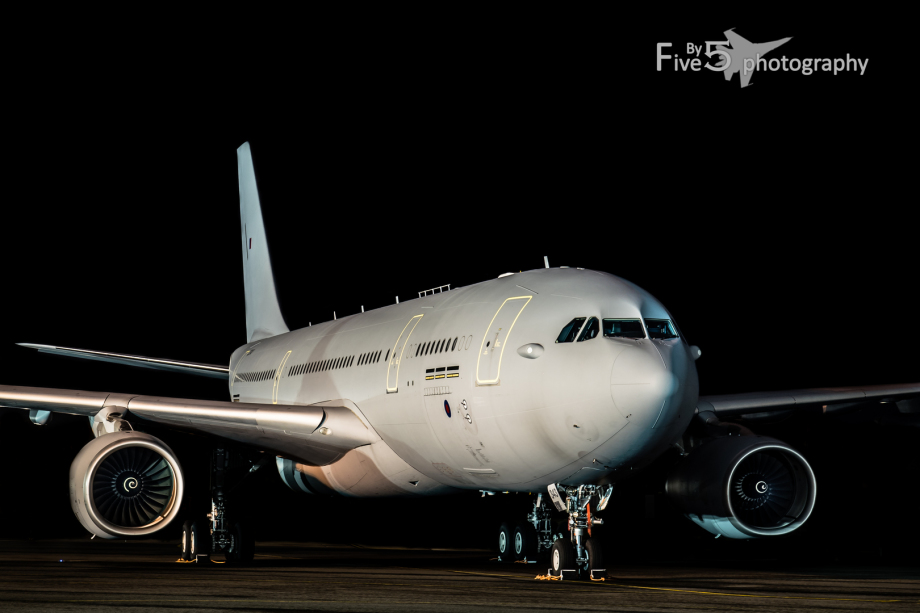 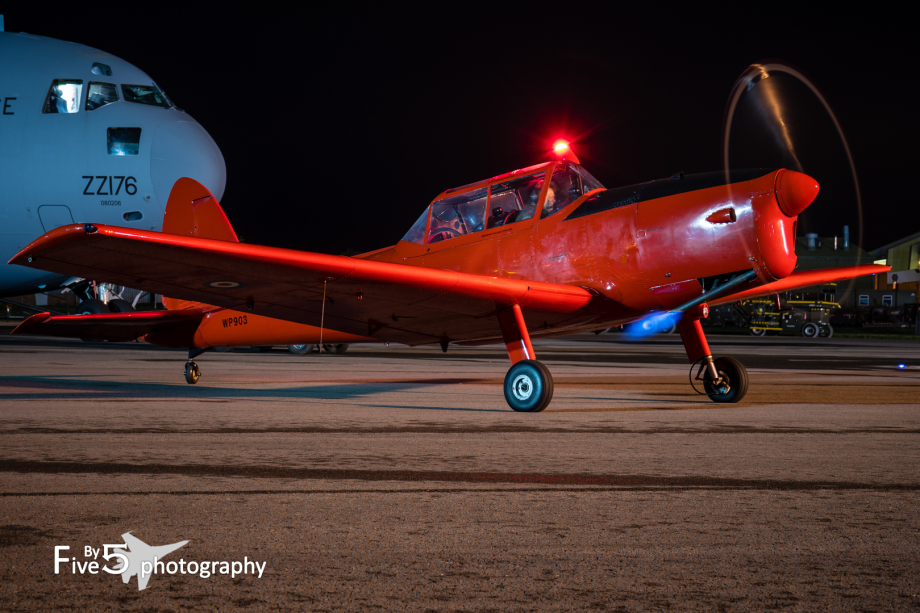 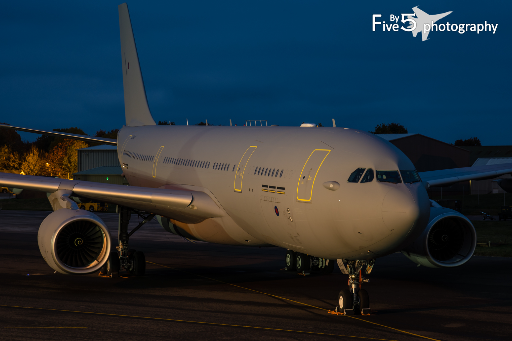 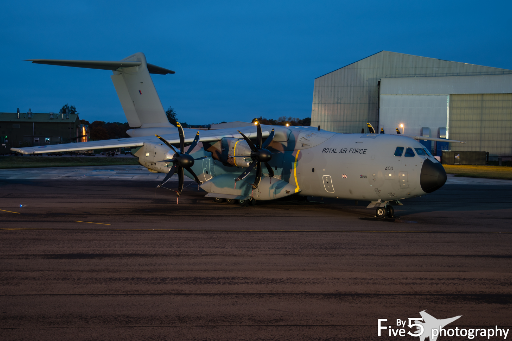 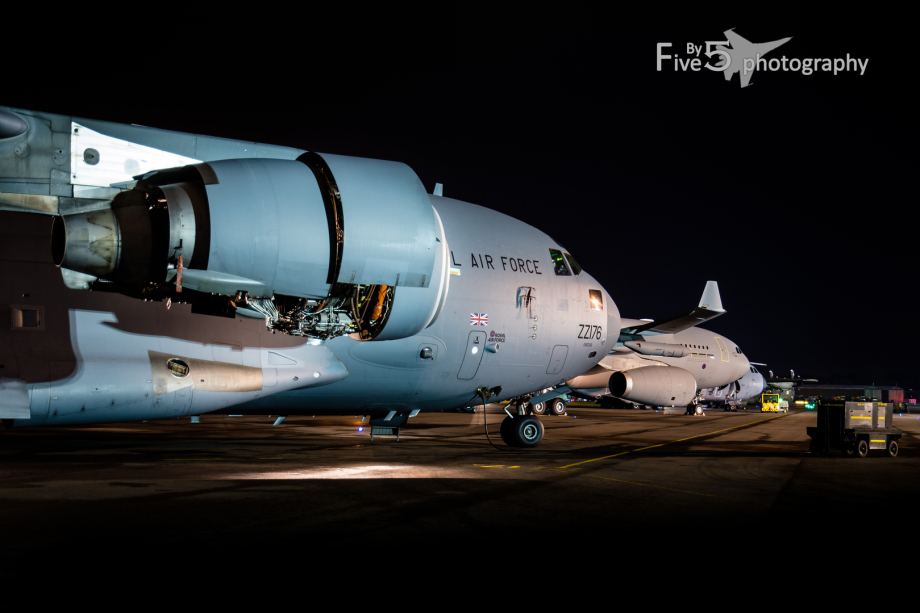 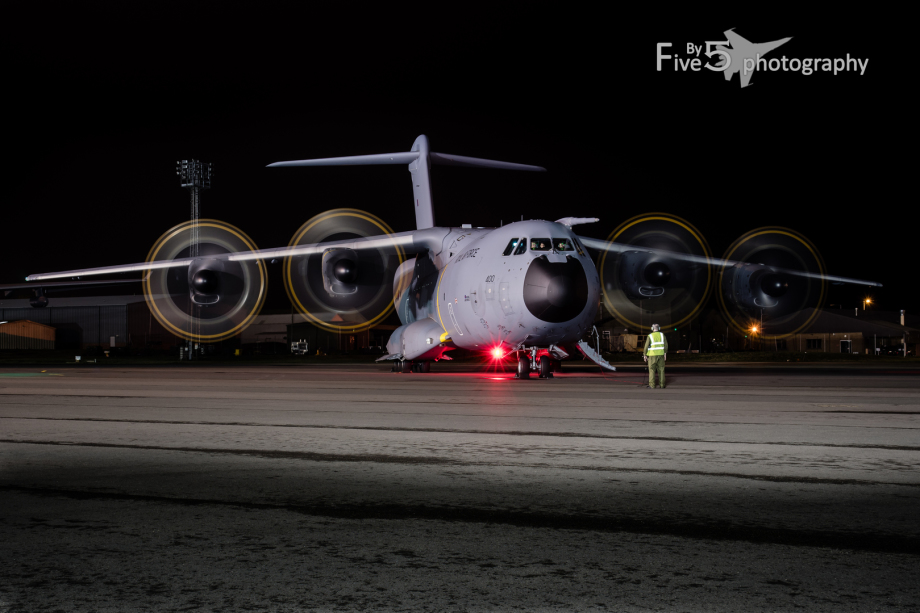 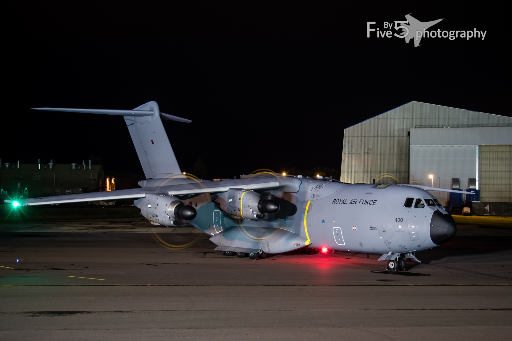 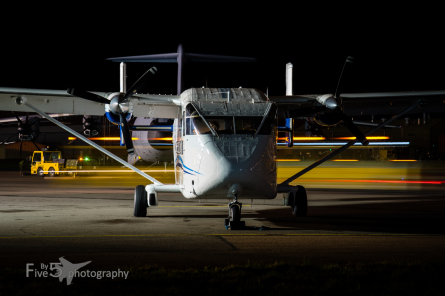 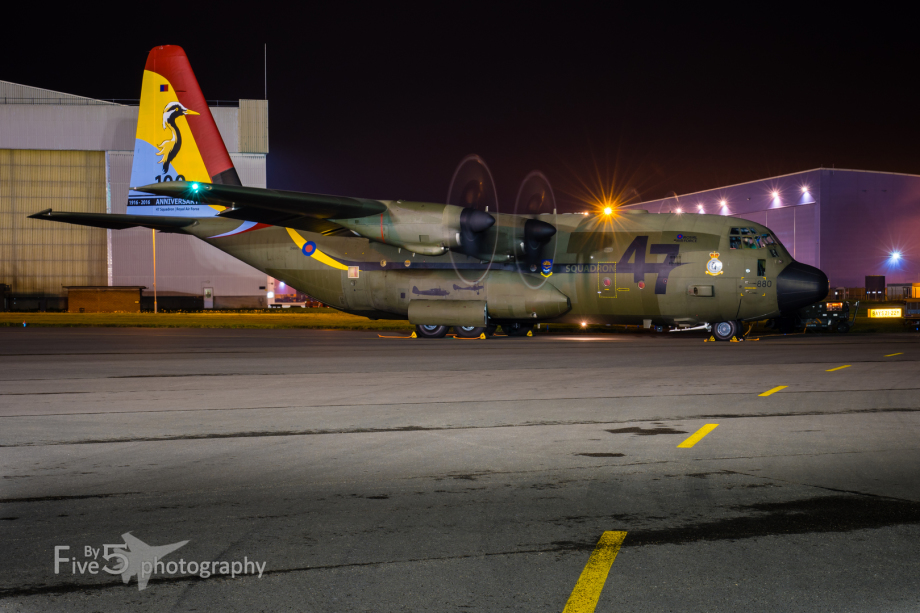