The show this year was held on Sunday 11th June and has been in its current format since 1978, there have been shows at Cosford however since the 1940's. Its the premier air show event in the midlands with 60,000 expected to attend and provides the RAF with the opportunity to showcase career prospects for the next generation and promote Science, Technology, Engineering and Maths (STEM).

This year the themes are Battlefield Support, International Co-operation and Space. Battlefield Support showcases the role of airpower - supporting soldiers on the ground. International Co-operation demonstrates the importance of working with international partners, just such an example recently is the RAF Typhoons deployed to the Baltic region to support Air Policing. Space has a dedicated hangar to showcase the STEM initiative and experts from the National Schools' Observatory, the Liverpool Telescope and the Astrophysics Research Institute were on hand to inform, engage and inspire the public. 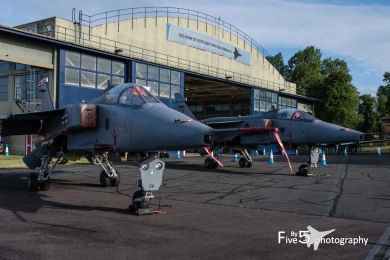 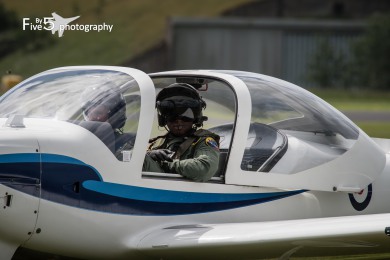 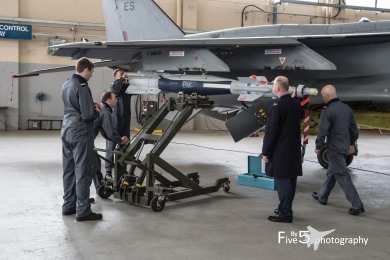 No 1 School of Technical Training

The static display around the showground included airframes from the RAF station and visiting squadrons as is common at air shows.  The RAF Museum is located next door and with their kind co-operation we were also treated with several of their aircraft on display, this included the unique VAAC Harrier XW175 and the British Aerospace Experimental Aircraft programme (EAP) airframe.

RAF Shawbury provided a glimpse of the future for the Defence Helicopter Flying School bringing along the brand new Airbus Helicopters H135 'Juno' HT1 - an airframe with only a handful of flying hours on its log. Sat alongside it was its predecessor, the Airbus Helicopters Squirrel HT1. Its eventual retirement planned for April 2018. The Irish Air Corp also presented one of their H135 helicopters in support of the Helicopter support display.

The Westland Wessex XR498 on display has recently been moved from RAF St Mawgan and will also form part of the planned RAF100 commemorations for next year. 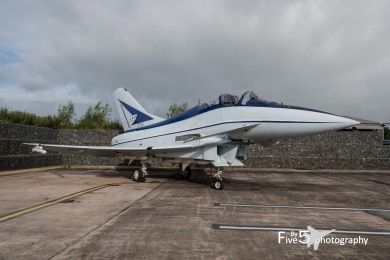 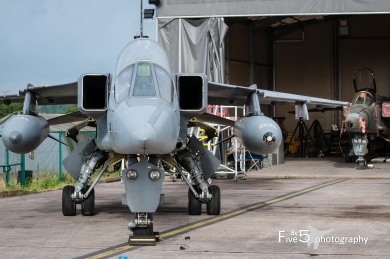 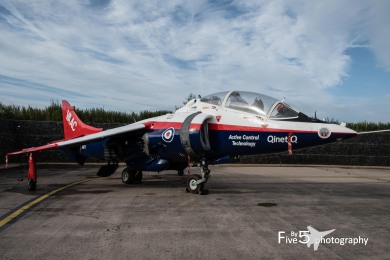 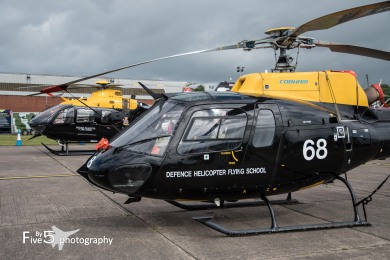 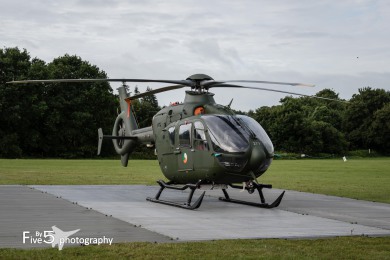 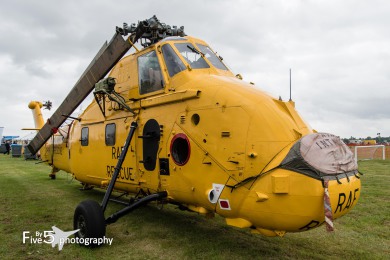 Other prominent performances came from Rich Goodwin, his fitting finale - flying down the runway sideways just above head height demonstrated the agility of the Pitts Special and Andrew Whitehouse performing a search and rescue demo in his Westland Whirlwind.

Crowd favourites, the Breitling Wingwalkers barnstormed with new recruits Katie Hobbs and Gina Marshall taking to the wing and the Blades Aerobatic team also wowed the audience with their tight display. 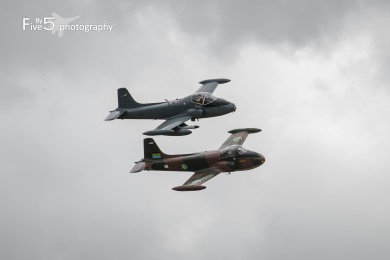 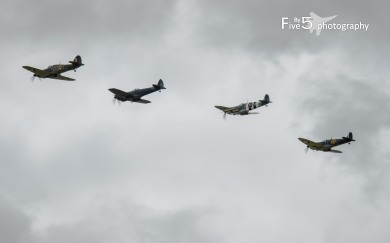 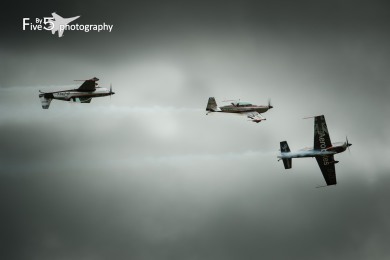 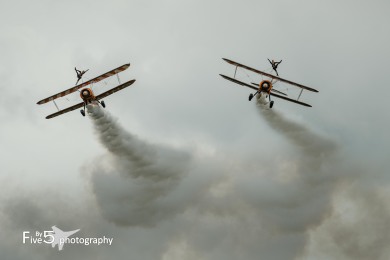 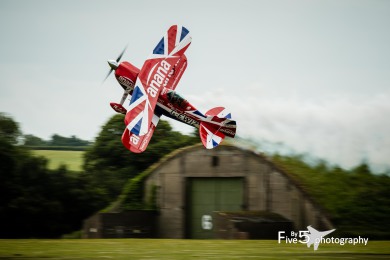 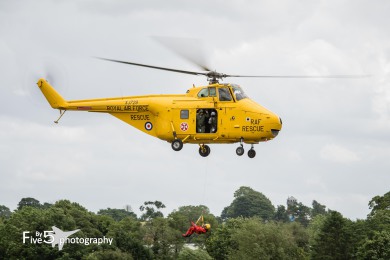 Following the recent restrictions to air show aerobatics the displays by the Red Arrows and the RAF Typhoon display would be flown on a different axis to avoid flying over the local villages. Whilst Flt Lt Ryan Lawton prepared for his Typhoon display the aircraft developed a technical problem limiting his display to one flypast, on the other hand the Red Arrows produced their typical spectacle.

A brief but heavy rain shower followed just as one of the stars of the flying display arrived. The United States Air Force Boeing B1B Lancer from the 28th Bomb wing assigned to Ellsworth Air Force base performed a ear splitting fast flypast before returning to RAF Fairford. The B1B along with B52's are on a temporary duty to support the Baltops/Saber Strike exercise in the Baltic region. We were treated to a further display reminiscent of the 1940's, the Sally B foundation B17 performed a poignant display honouring the air crews that did not return during World War Two. Having not yet finished, another of the guest acts rolled in - the Boeing B52 from the 2nd Bomb Wing at Barksdale Air Force Base also currently deployed to RAF Fairford - this concluded a demonstration of the past and present from the USAF although a contradiction in terms as the B52 is a 1950's design. 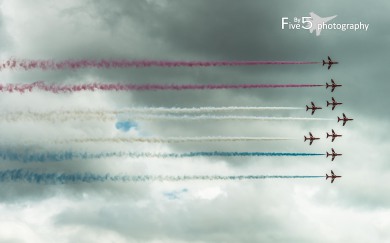 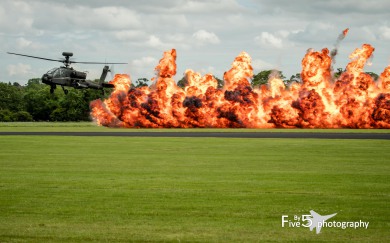 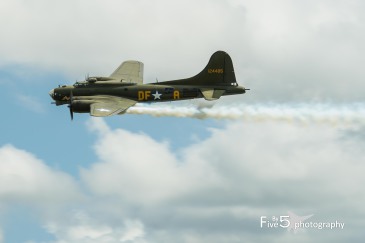 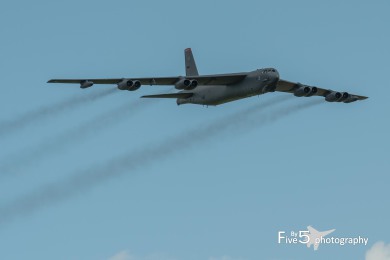 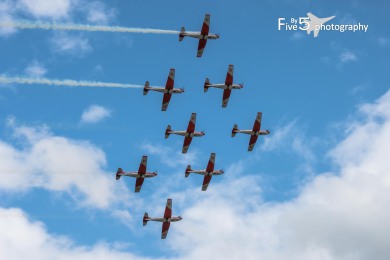 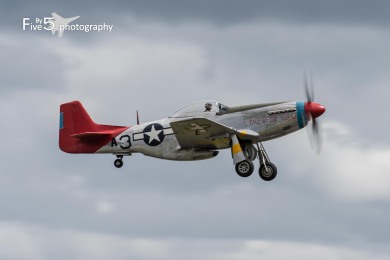 Further displays were warmly received by the crowd, the Swiss Air Force in their PC-7 and Peter Teichman in his P51D 'Tall in the Saddle'.

Without a doubt the star for the fans of airshows was the Panavia Tornado A200 from the RSV (Reparto Sperimentale Volo), Italian Air Force. For 2017 to celebrate the 60th anniversary of the 311° Gruppo, the jet has been painted in a very striking paint scheme featuring an eagle. Captain Gabriele Aiolfi showed off the versatility of the Tornado with its variable swing wing and completed a number of high speed/low speed passes with the wings in the different configurations. Given that the RAF is due to retire its Tornado fleet in 2018 and stopped flying displays a number of years ago, this was certainly not one to miss. 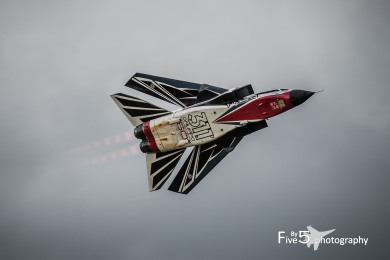 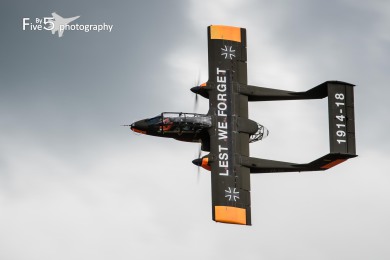 OV10 Bronco from the Bronco Team 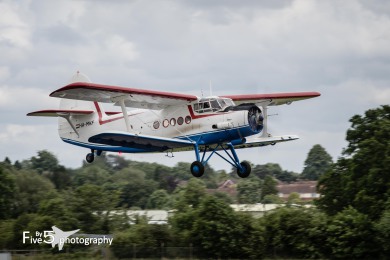 Antonov AN-2 from the AN-2 Club 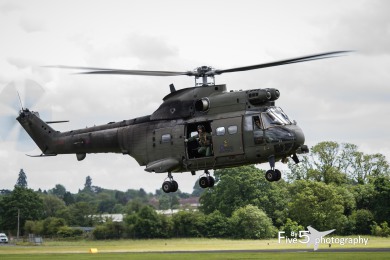 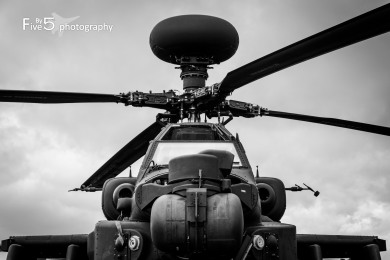 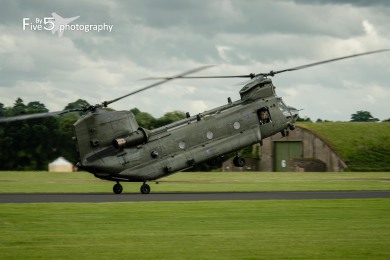 As previously mentioned, the battlefield support theme was also displayed with an unusual array of aircraft and helicopters. This included the Antonov  AN-2, Bell Huey UH1H, Hughes OH-6a Loach and the OV10 Bronco. As the display began the accompanying commentary regaled the story of a Huey shooting down a North Vietnam An-2. All of the participants demonstrated the variety of roles required to support the soldiers on the ground, close air support, troop transport and battlefield intelligence.

The honour of closing the show this year fell to the RAF Chinook display team who did not disappoint. Overall the show was enjoyable, a good variety of flying displays and the aircraft on static display nicely presented. A show that provides something for all the family.

The 2018 show will be on June 10th and will be a special show celebrating the 100th anniversary of the Royal Air Force.

Many thanks to Sqn Ldr Chris Wilson, Mrs Sandra Kirkland and Mrs Ailidh Leather for their assistance on the day.