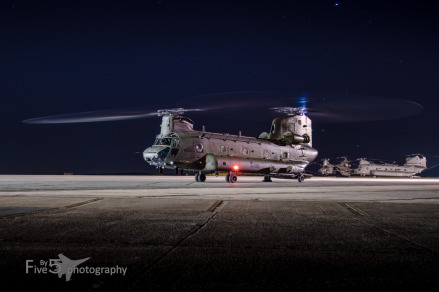 So what does one do on a spare Friday night? For the aviation photographer it’s a visit to an operational RAF airfield to shoot the based aircraft at night and all for a good cause. Its 3pm and my location is RAF Odiham deep within the Hampshire countryside.

RAF Odiham has seen flying operations since 1925 and became a permanent airfield in 1937. During the Second World War it was home to P51 Mustangs and Hawker Typhoons. It also became a prisoner of war camp following the invasion of Europe. Moving on to the 1950’s and its most prominent based aircraft was the Gloster Javelin. 1980 was a turning point for Odiham gone was fixed wing operations to make way for Helicopters with the arrival of the Westland Wessex and Puma. 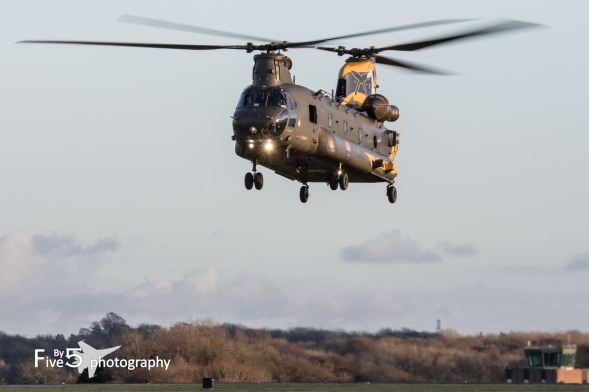 It’s now the home of the RAF Chinook fleet. The Chinook HC mark 1 manufactured by Boeing entered service with the RAF in 1980 and started its long service at Odiham in 1981.  In 1993 the model was upgraded to the HC mk2 and the HC mk3 arrived two years later. The mk3 was beset with avionic problems and did not enter operational service until they were refitted to HC mk2 standard between 2009 and 2010.

Fast forward to today and the fleet of some 60 airframes is made up of HC mk4, mk5, mk6 and mk6a. With the exception of the remaining mk4 yet to be upgraded, the airframes are equipped with digital cockpits and other enhancements including the automatic flight control system - particularly handy during white out conditions. A small number of helicopters are based at RAF Benson to provide training and crew conversion courses. 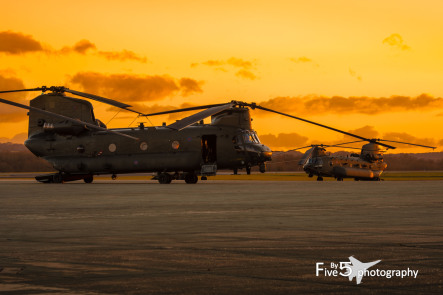 This special opportunity was arranged through Timeline Events and the Jon Egging Trust in conjunction with RAF Odiham, our hosts on the night were the men and women of 27 Sqn and they are rightly very proud of the task and operations they carry out.  The squadron have supported operations in Afghanistan and Iraq and more recently they have been working aboard the new British aircraft carrier HMS Queen Elizabeth as it prepares for service.

The Chinook is an incredible workhorse with its range and capacity for carrying troops and equipment.  Something that not every armed force has and very soon the squadron will be working alongside the French armed forces, sending three airframes to provide support in its counter terrorism operations in Africa. 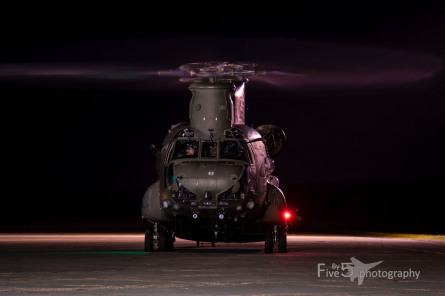 As part of the contingency for national emergencies Odiham also has a dedicated helicopter on 24hr standby ready to support. 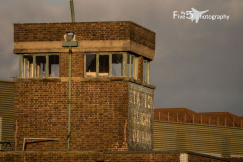 RAF Odiham is also home to the Chinook Display team who will once again be demonstrating its capabilities across the UK in 2018. 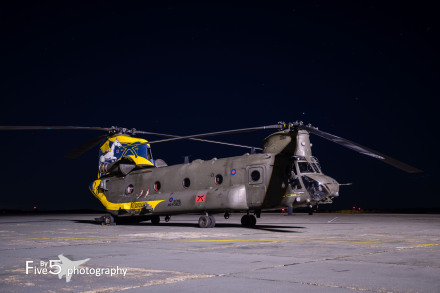 RAF Chinook ZH777 arrived during the evening from 28 Sqn, the Operational Conversion Unit at RAF Benson. Its painted in a special scheme to celebrate its 100 yr anniversary in 2015. The Demi Pegasus, representing the white horse etched into the landscape around Yatesbury - the squadrons first operational base and the crossed Kukri for the long association with 48 Gurkha Infantry Brigade are emblazoned on the tail rotor housing. Its understood this airframe is now returning to RAF Odiham. Its the last of three airframes painted in special colours schemes, the others being ZA683 for 27 Sqn and ZA712 for 18 Sqn, both having now returned to standard paint schemes. 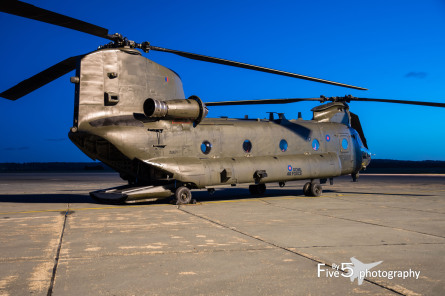 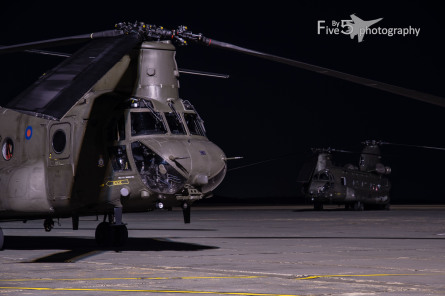 Many thanks to Timeline Events, Jon Egging Trust and 27 Sqn RAF Odiham